Well done to our our pupils who travelled to Santry today to take part in the athletics  today. Mr Lowery and Ms. O’Brien spent the last few weeks selecting the fastest children in the school and then training them every day. Many of them reached the finals from the heats today and we had silver and bronze boys relay medal winners .  A few snaps below. 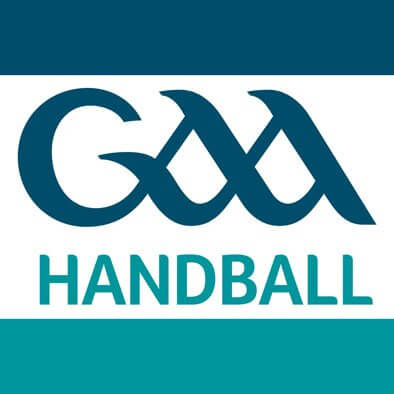 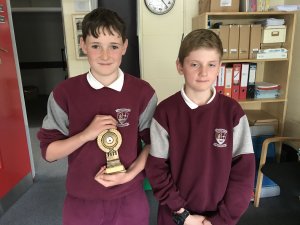 Congratulations to Ben, a 6th class pupil who won the Dublin U13 title in handball this weekend. Ben plays for St. Brigids GAA. 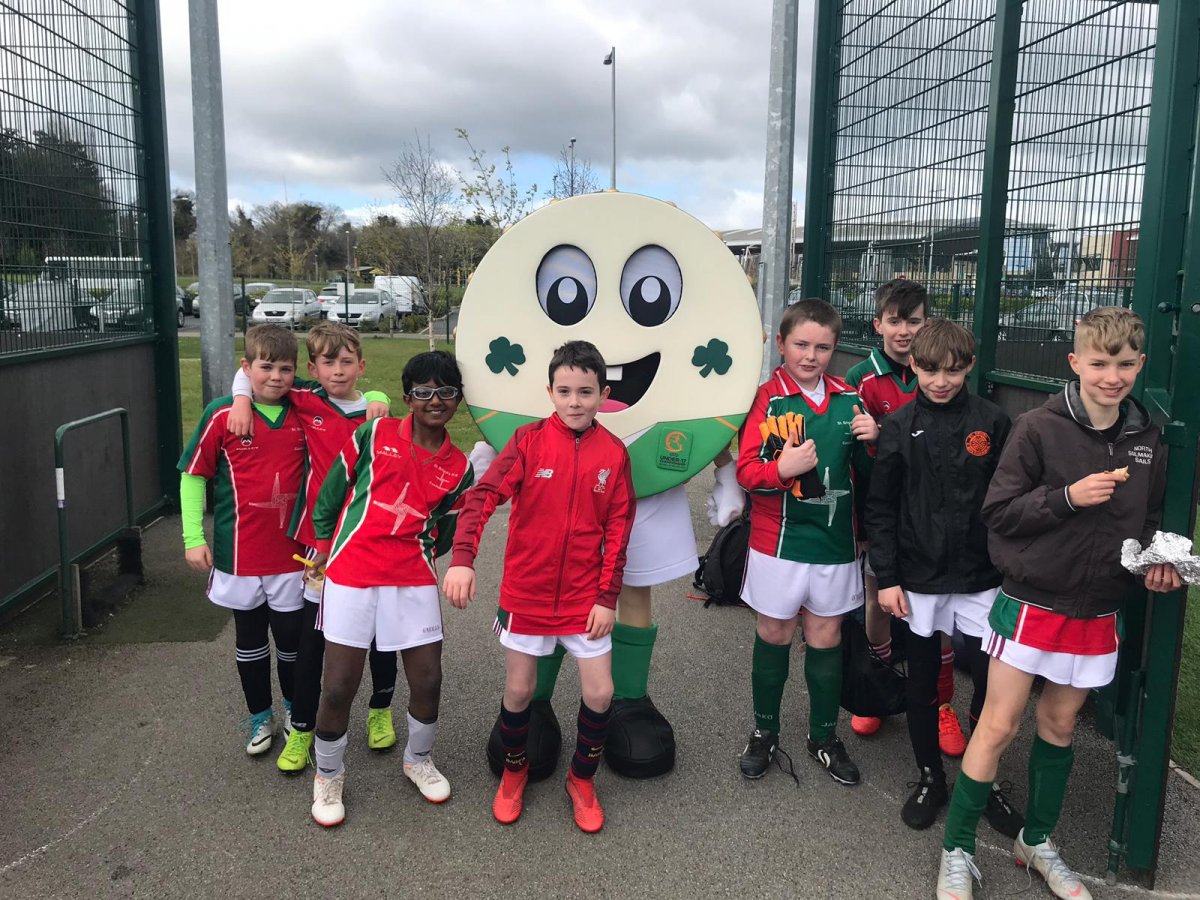 Boys in 5th Class took part in a 5 a side football tournament today. They played really well and worked very hard as a team. The boys won 2 of their 3 matches even though their opponents were older . They also scored some fantastic goals. Well done boys! 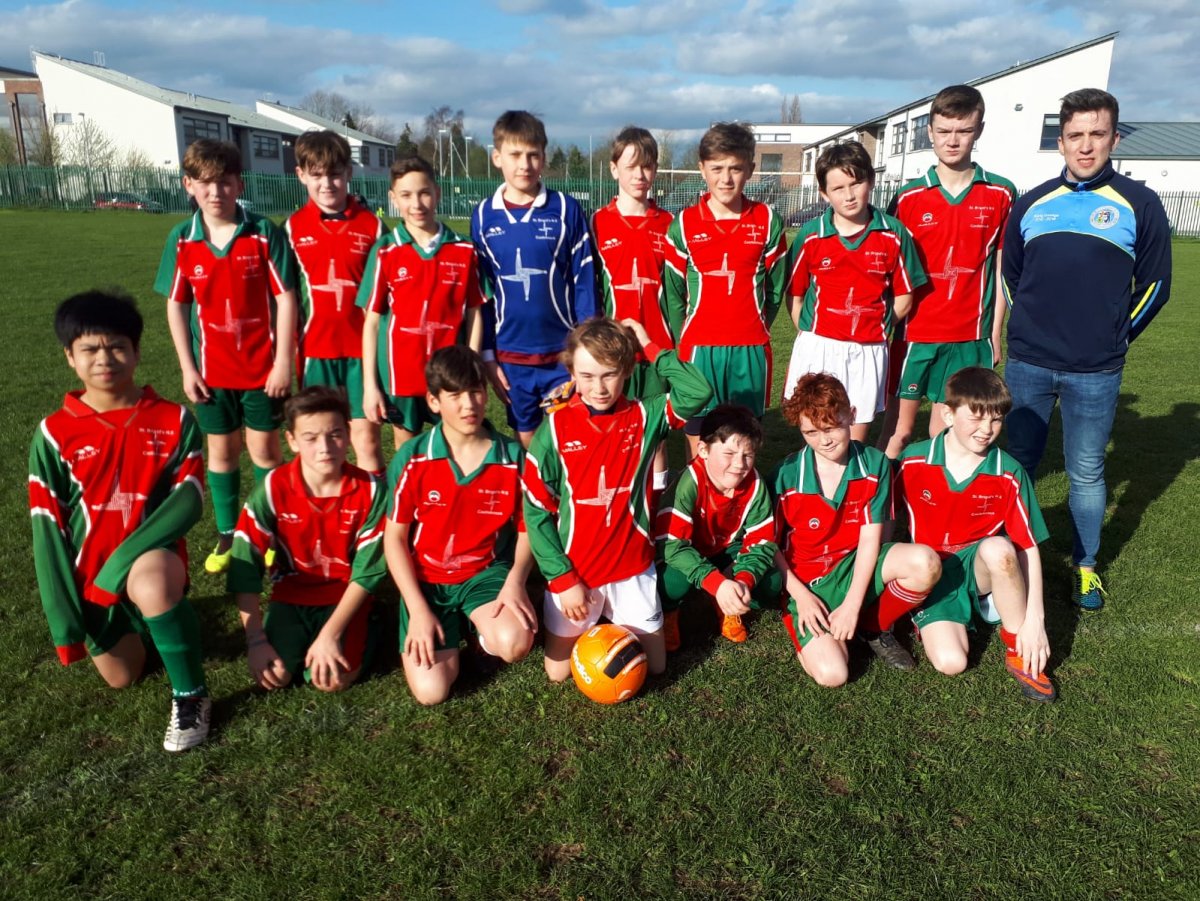 Cross Country continues yesterday in Porterstown on a very cold and windy day. The weather did not dampen the spirits of all the children who took part and Mr. Lowery reported lots of children achieved high placings and earned points for our team. The most important thing however is taking part, doing our best and having lots of fun. Well done. 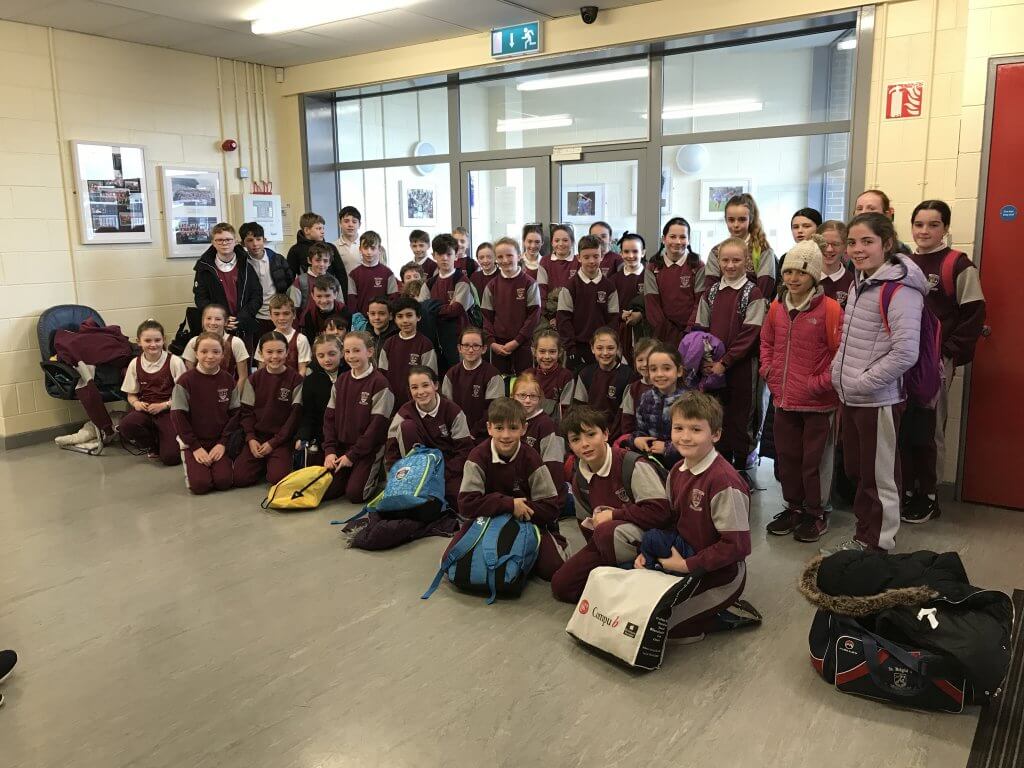 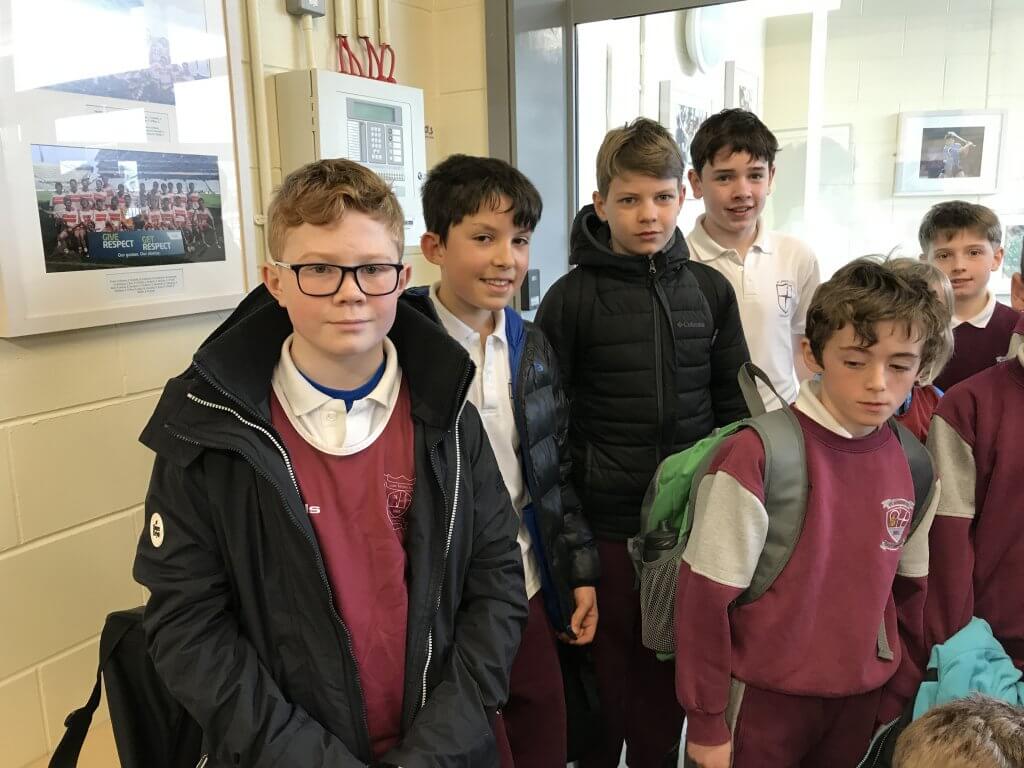 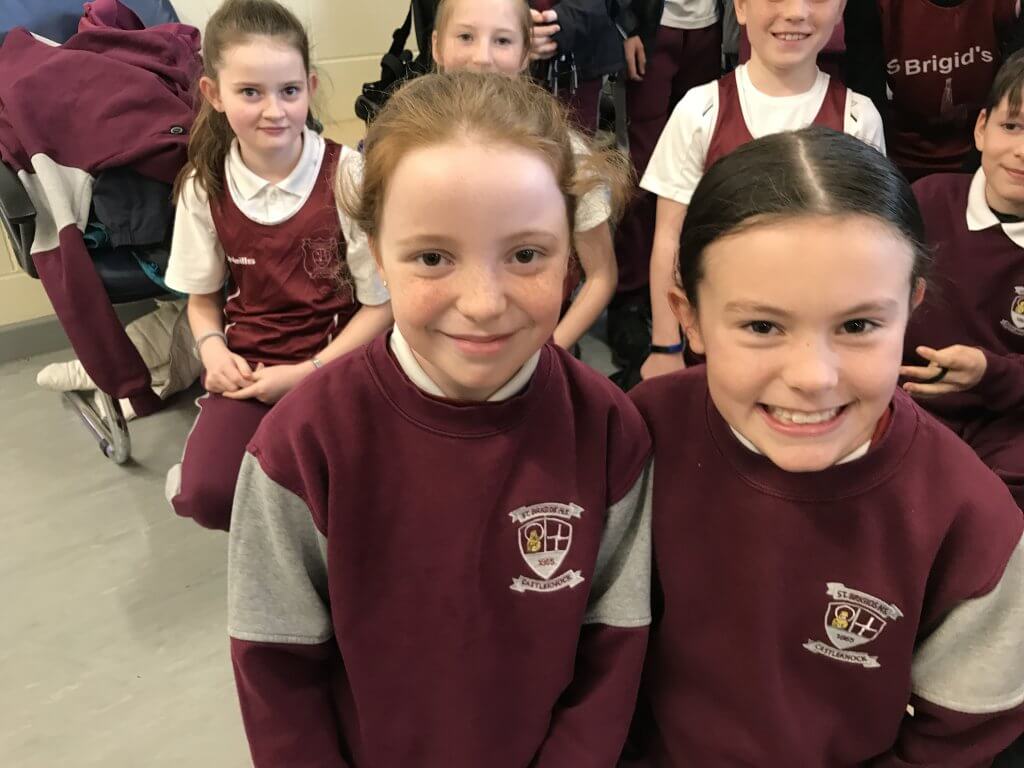 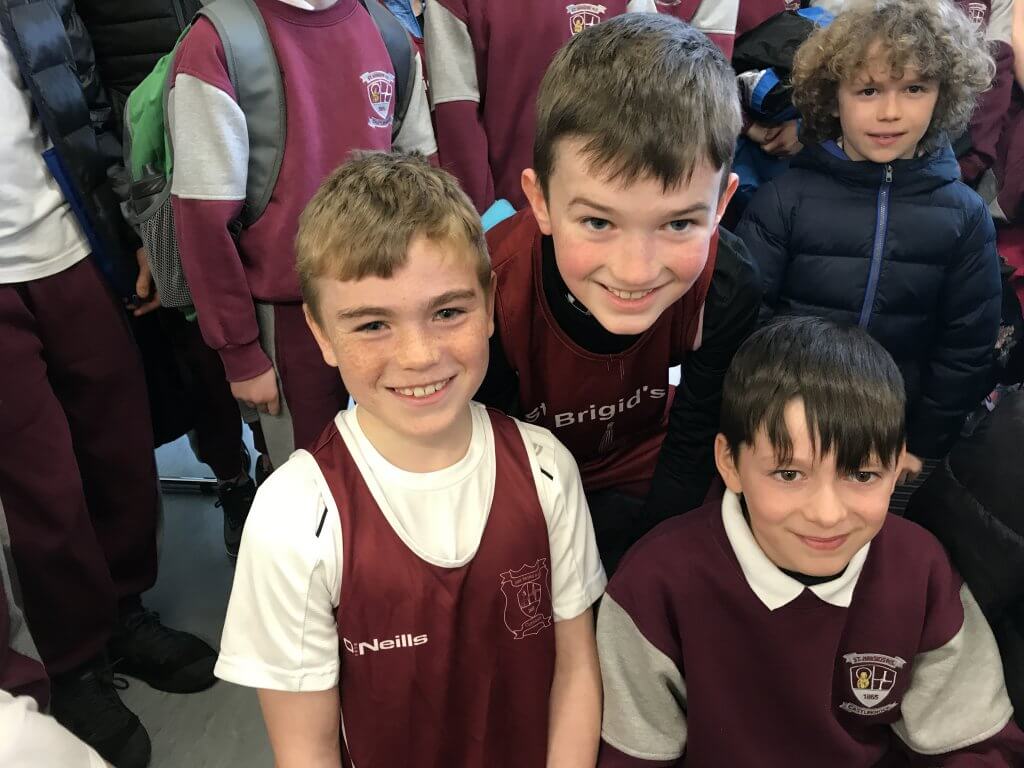 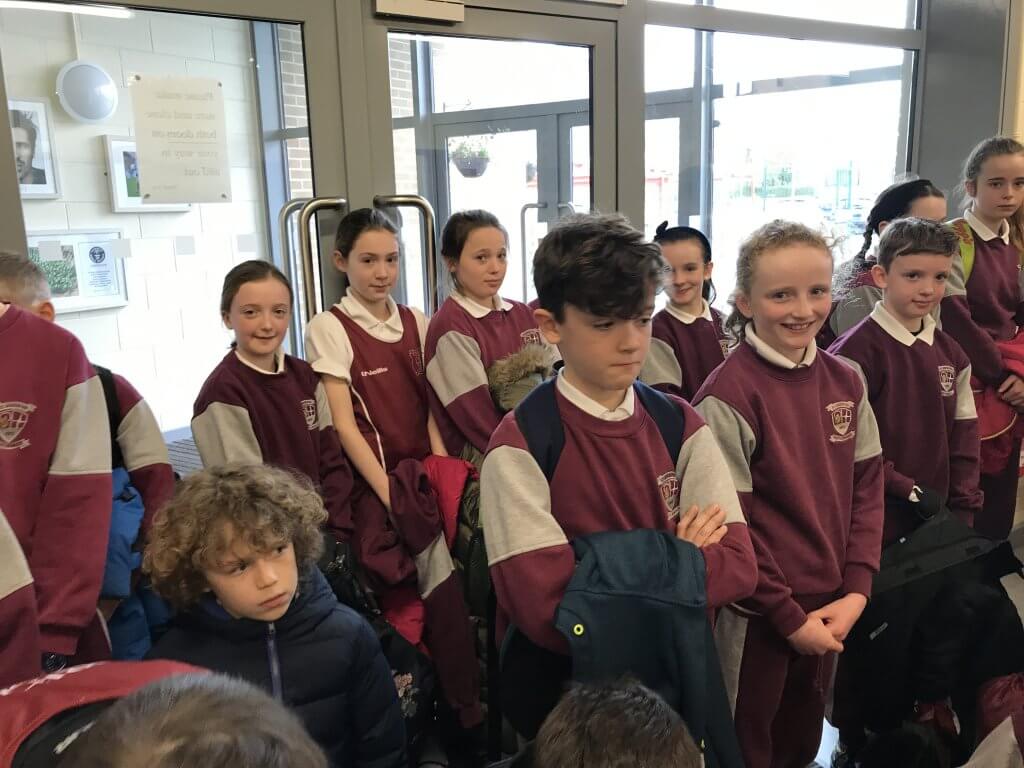 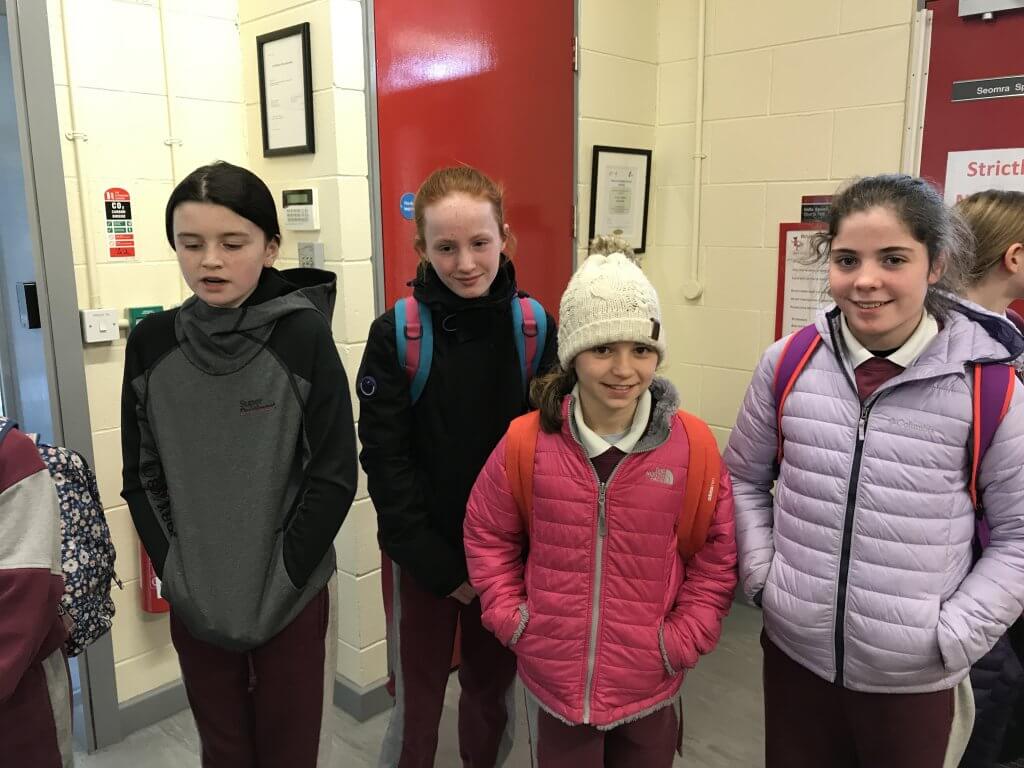 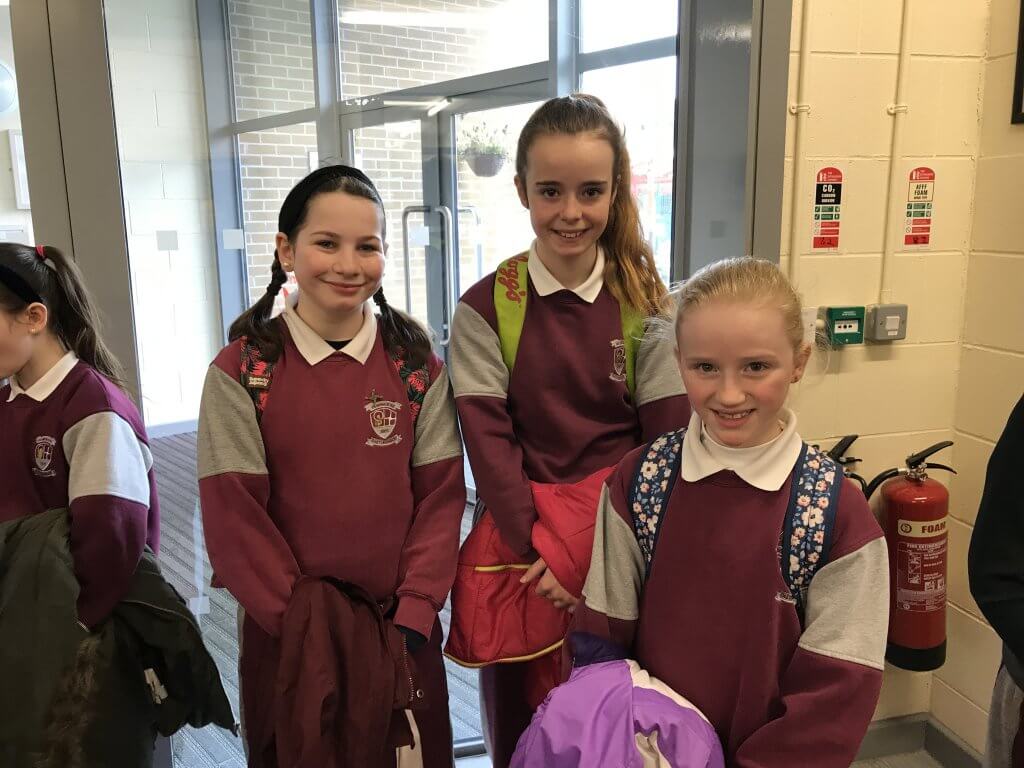 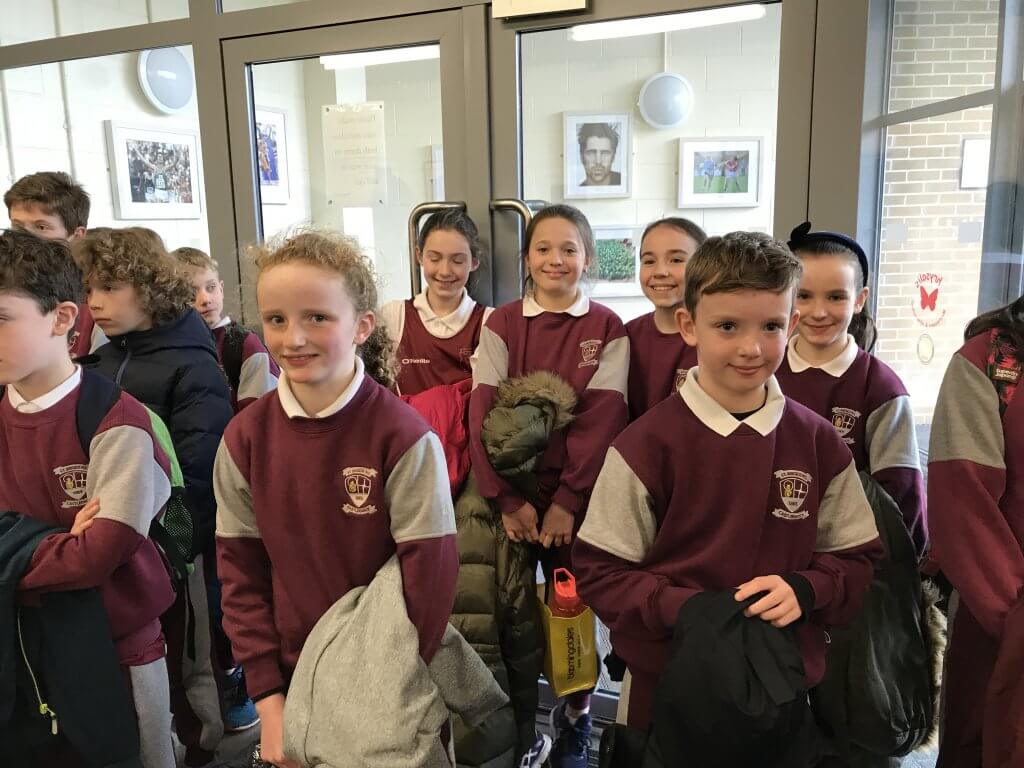 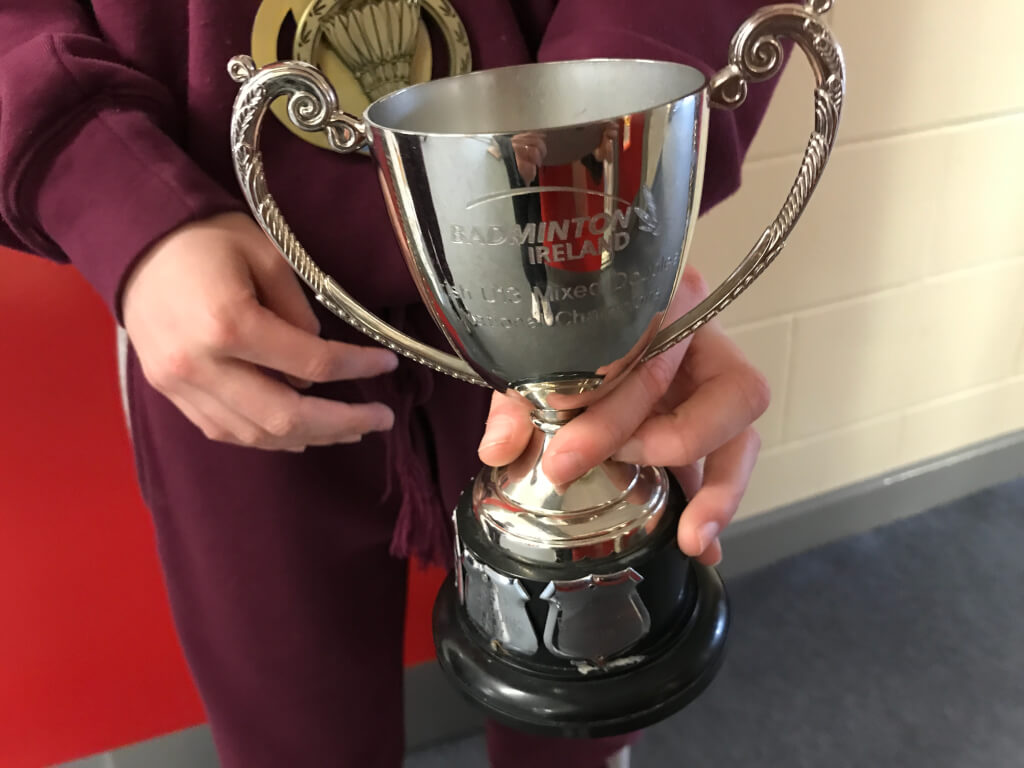 Congratulations to Fionn Dowling in 6th class who won the Irish Open U13 championship in badminton recently. Incredible talent! 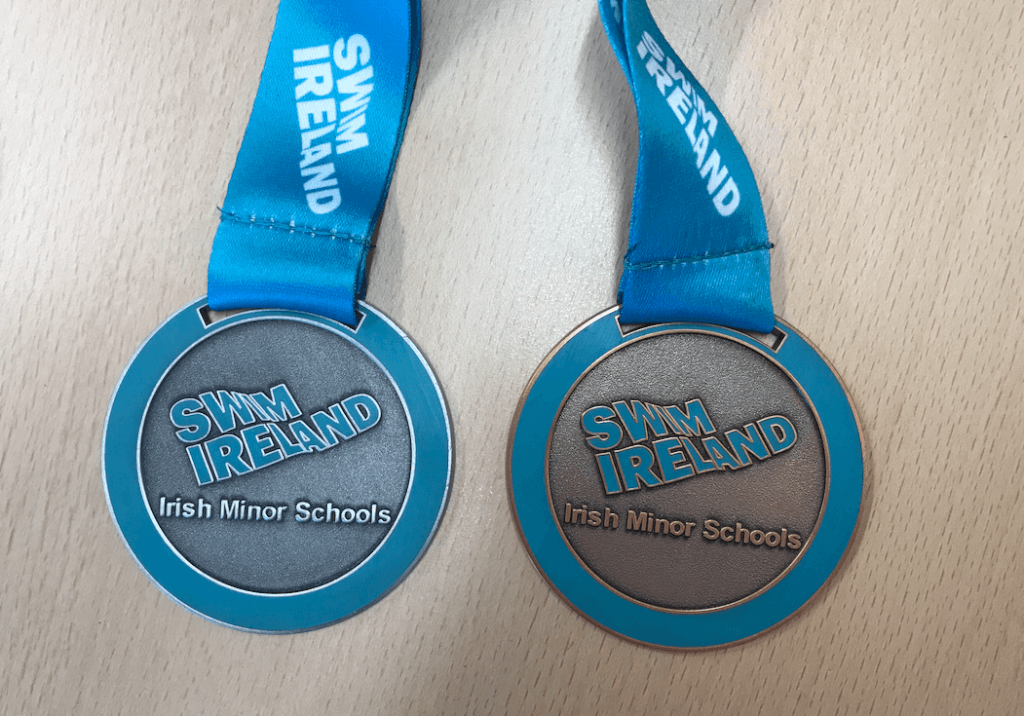 We were delighted to get three reports today of weekend sports successes !

In 6th class , Patrick O Donnell had success in athletics and has promised to bring his medal in tomorrow . More later!

Fionn Dowling is a fantastic badminton player and this weekend he went to Wales where he represented Leinster against teams from Northern Ireland, Wales and Scotland. He won a beautiful medal, that was crafted from slate. Congratulations to him.

Cian Mc Grath and Cameron Jackson have continued their swimming success. They both took part in the Swim Ireland National Irish Minor Schools Swimming Champions this past weekend. Cian who is now under 12 achieved a personal best and Cameron who is u10 came home with a silver and bronze. Well done to both boys . We are very proud of all four boys ! 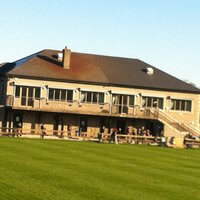 5th and 6th had a great morning playing Tag Rugby in Coolmine. The event was really well organised and everyone was on a team. Despite the really strong gusts they managed to play and have a great time. Thanks to Mr. Doyle for organising this event and to Coolmine Rugby for the use of the venue. 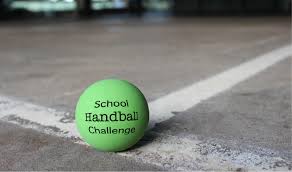 This week some pupils took part in the Inter County Handball GAMES in St. Brigid’s GAA. Patrick O’Donnell, Ben Moore, Kevin Scally and Niall O’ Grady played in this competition. The boys had a great match and we were proud to have their school and their county. Well done boys!

In the girls competition, Roisín Kirby again representing Dublin did very well reaching the Leinster semi finals where she was beaten by a fantastic girl from Laois. Roisin will be in this age group again next year so we are expecting even greater things from her! 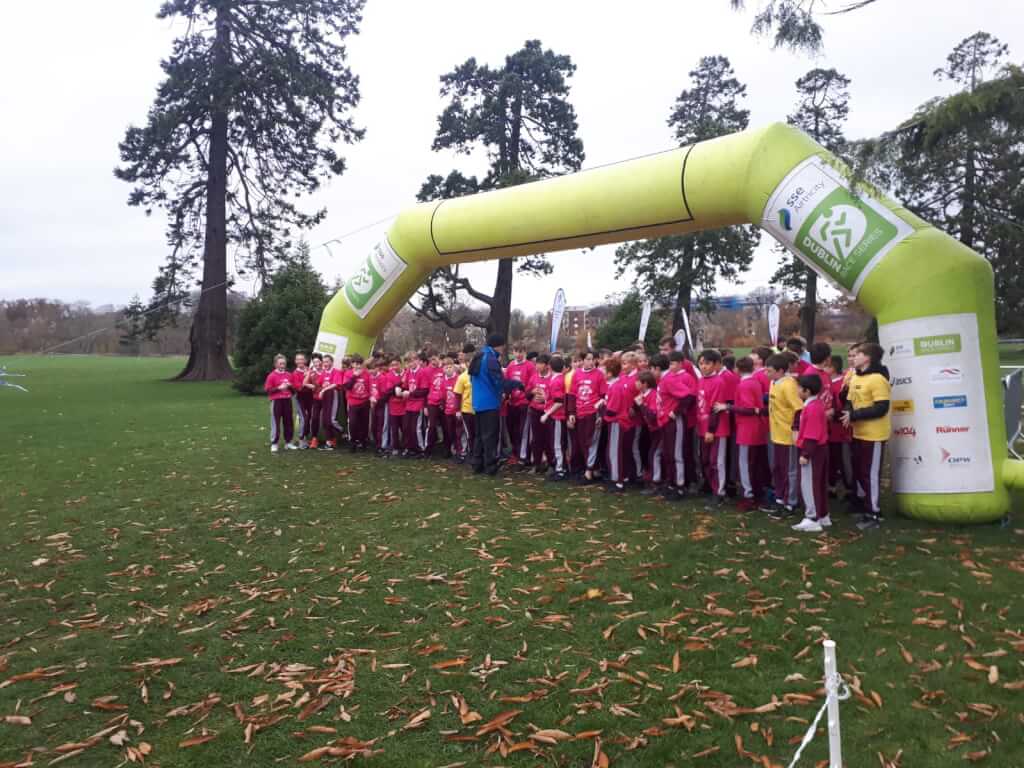 Marathon Kids final day in Santry. Most of the 6th class pupils attended and ran the last mile of the Marathon.  They received t shirts and medals. 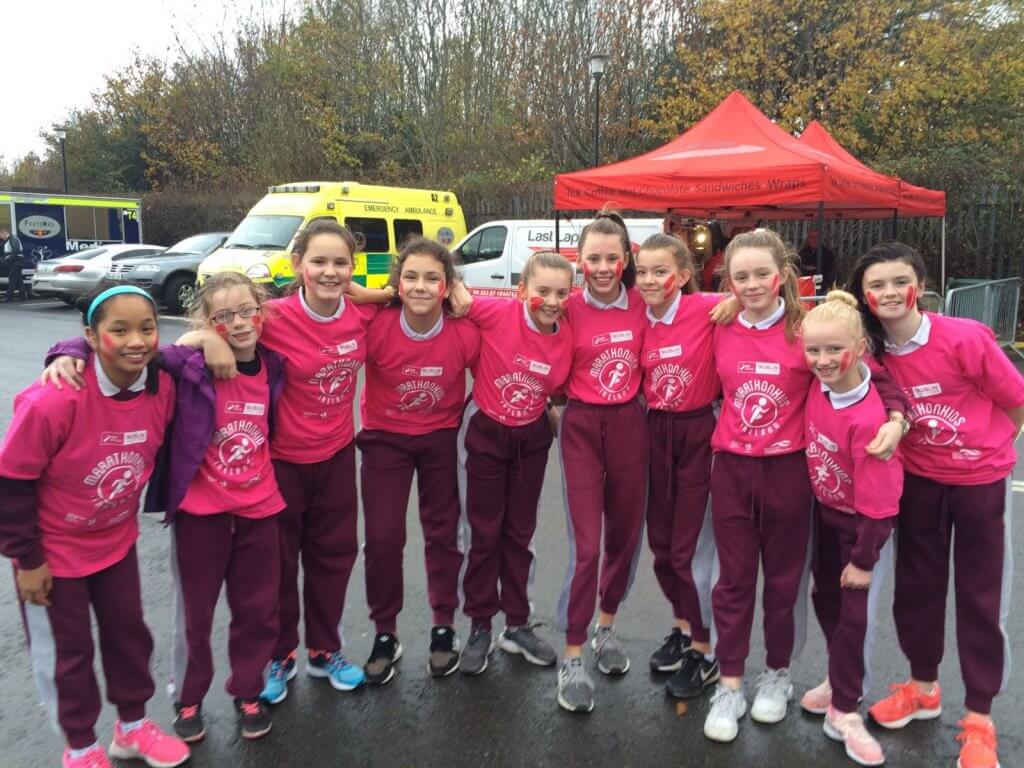 Our girls showing their stripes as  part of a new campaign is aiming to increase the number of women taking part in sport by 20% in the next two years.

The “20 x 20” initiative is also hoping to increase media coverage for women’s sports by 20%, with the same target set for those attending live games. 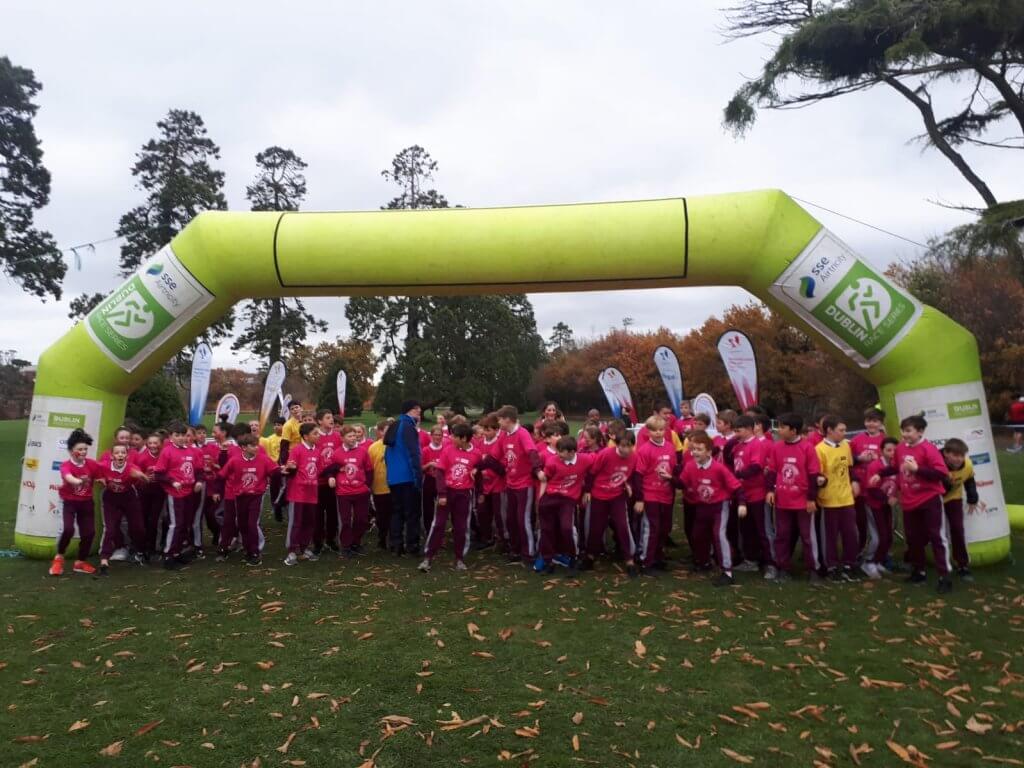 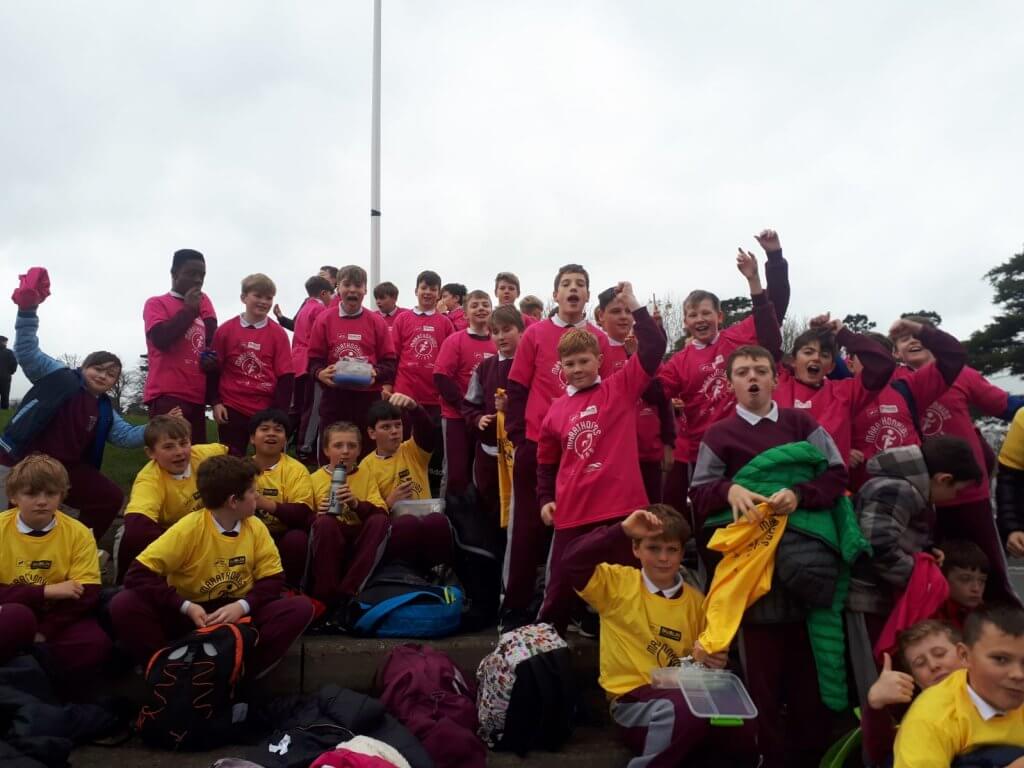