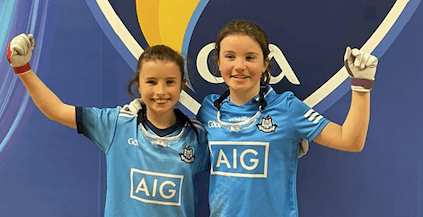 Written by Ciara O’Reilly  4th class
On the 2nd April, 2022, 48 children from all over Ireland had the chance to represent their province at the Cumann na mBuncoil National Handball day 2022. It was held in Kingscourt, Co.Cavan due to the great facilities there.
Two girls from our school, Evie McCarthy & I, Ciara O’Reilly represented Leinster.
We were told to be up bright and early as we needed to be in Kingscourt by 9.30am. Games were to be played up to 15 points with each team to take 4 serves before rotating serve with their opponents.
Each player received a goody bag containing pens and rulers, handballs, a €10 voucher for an ice-cream shop down the road and a jersey.
We managed to beat Connacht and Ulster and had a very close match with Munster losing by only three points. We had a lovely day and cannot wait for next year! 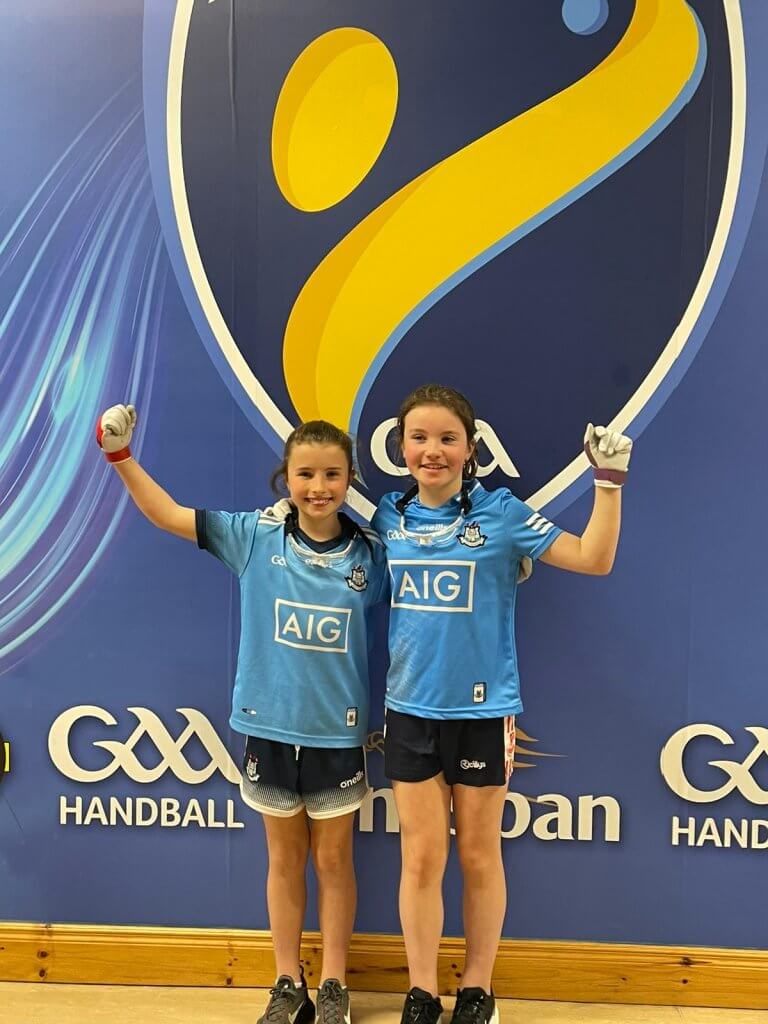 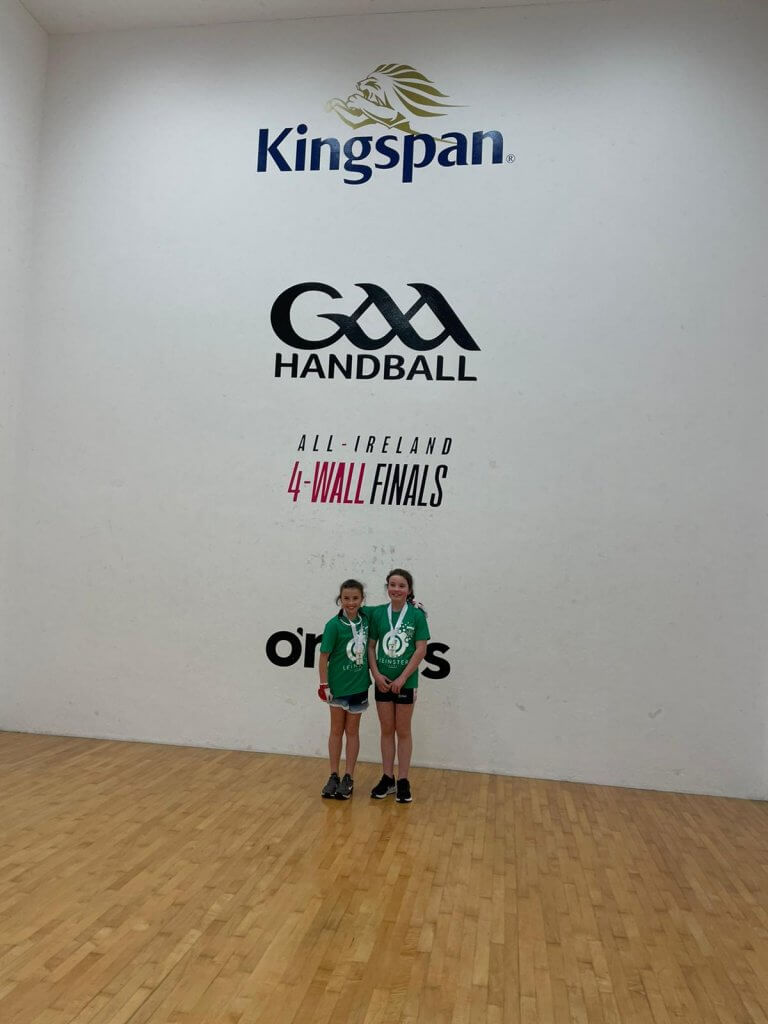 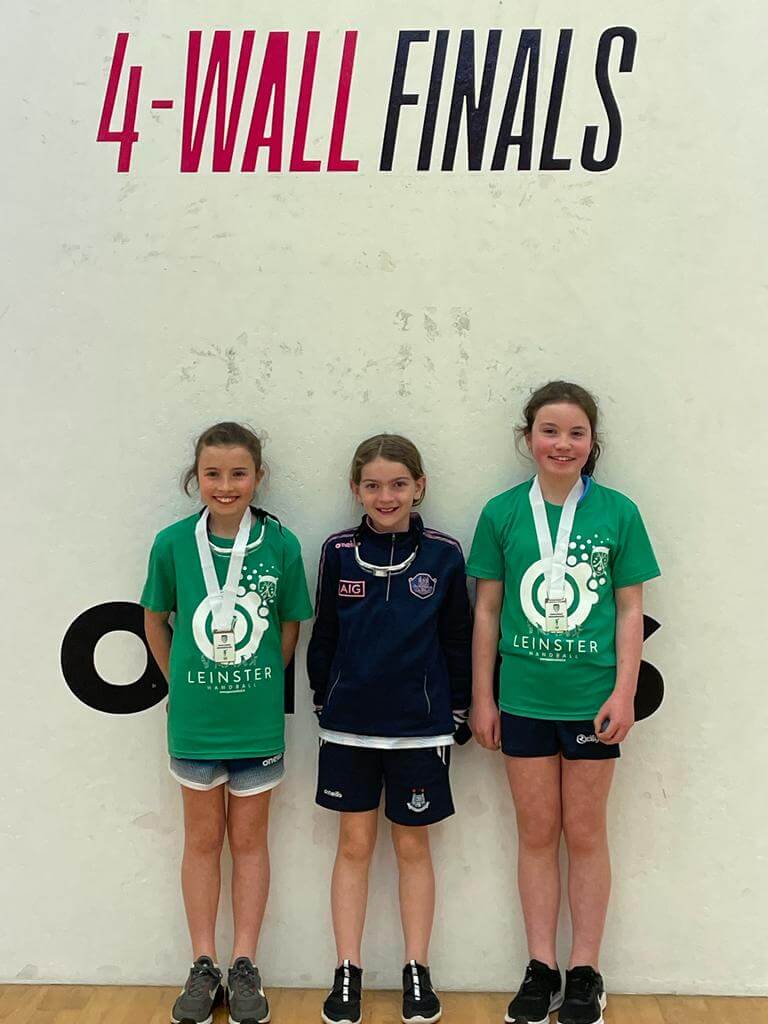 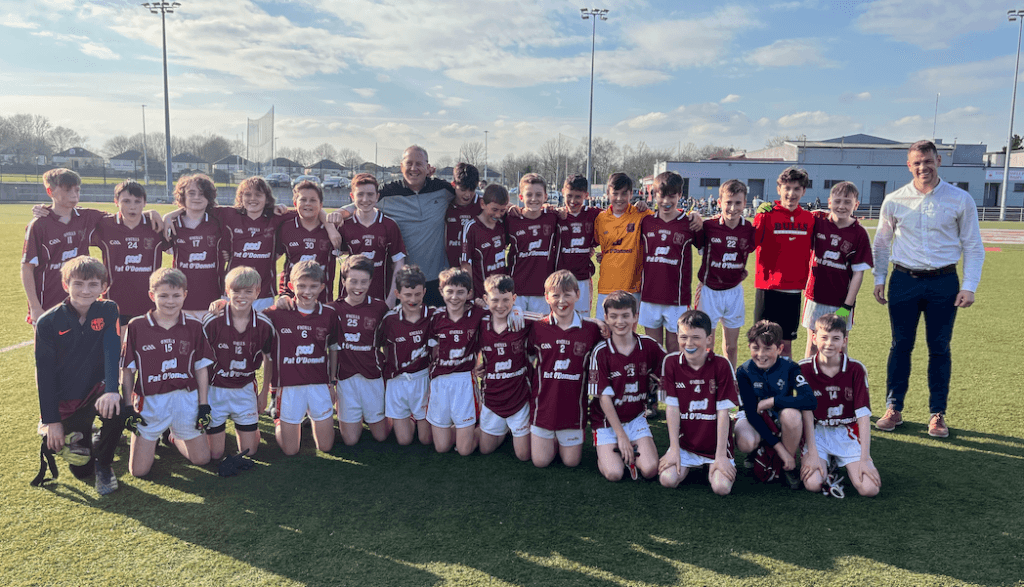 Here is a great picture  of the 6th class footballers after their match yesterday. They are with Mr. O’Loughlin and Keith Barr who is an ex Dublin Player from the 90s.
Keith came up to watch the boy’s match and he also gave them a  great team chat.

The boys have played 4 matches so far in their competition. They have won all four and are playing the SEMI FINALS next week.

We could be heading to Croke Park soon!! 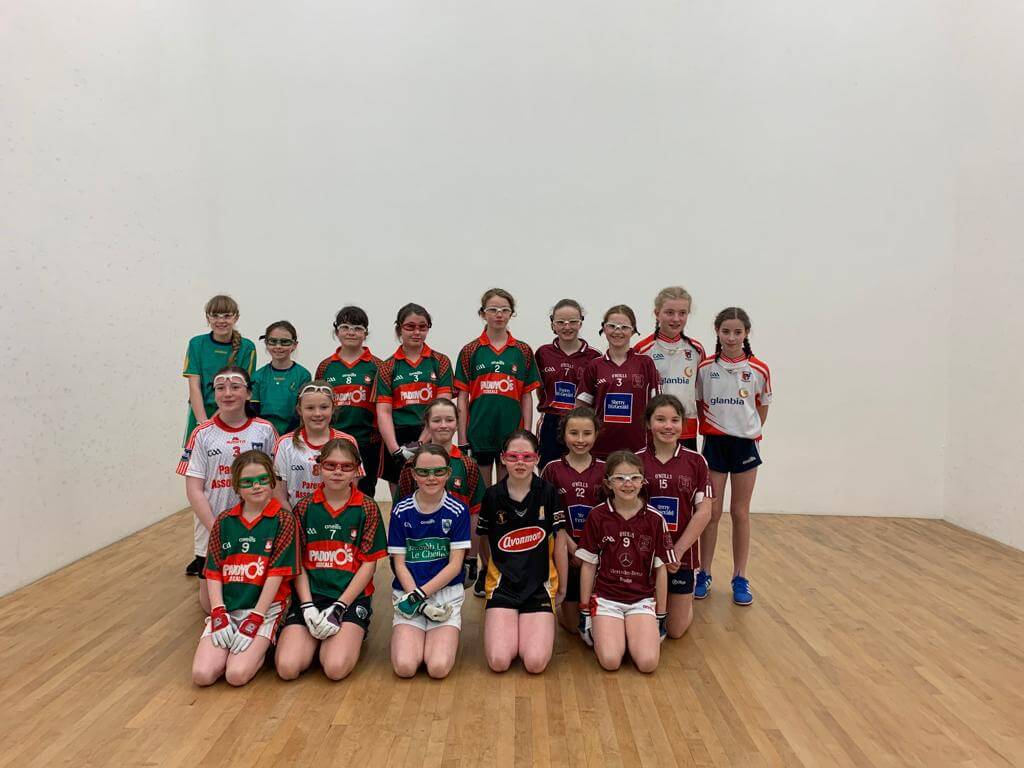 The Cumann na mBunscol Leinster Handball Championship was held in Carlow on Friday 11th March 2022. The boys played in Tinryland GAA club and the girls played in Garyhill Handball club. Games were up to 11 points with each team taking turns to serve five times.

Five girls and six boys represented our school and Dublin on the day. Their names are as follows: Ciara O’Reilly, Evie McCarthy, Ruth Langenbach, Allie Tuthill, Ailbhe O’Grady, Daragh Kehoe, George Leyden, Michael Garry, Daire Walsh, Darragh Delaney & Seán Coyne. Harry Devlin also qualified but was unable to travel on the day unfortunately.
Everyone was told to be up bright and early as the first match was starting at 10 o’clock. Some of the parents drove children to and from the venues. The other teams playing were Kilkenny, Wexford, Laois and Kildare. Everyone was excited and a little nervous before their matches. Before the matches, competitors warmed up by playing a few practice games. We were all told to bring a massive lunch so as not to be hungry. Everyone got on well in their matches with a smile on their faces (and a few handballs!!)

Ciara O’Reilly and Evie Mc Carthy, our U11 girls doubles won their competition and will represent their school and county in the All-Ireland competition next month.

A memorable day all round! 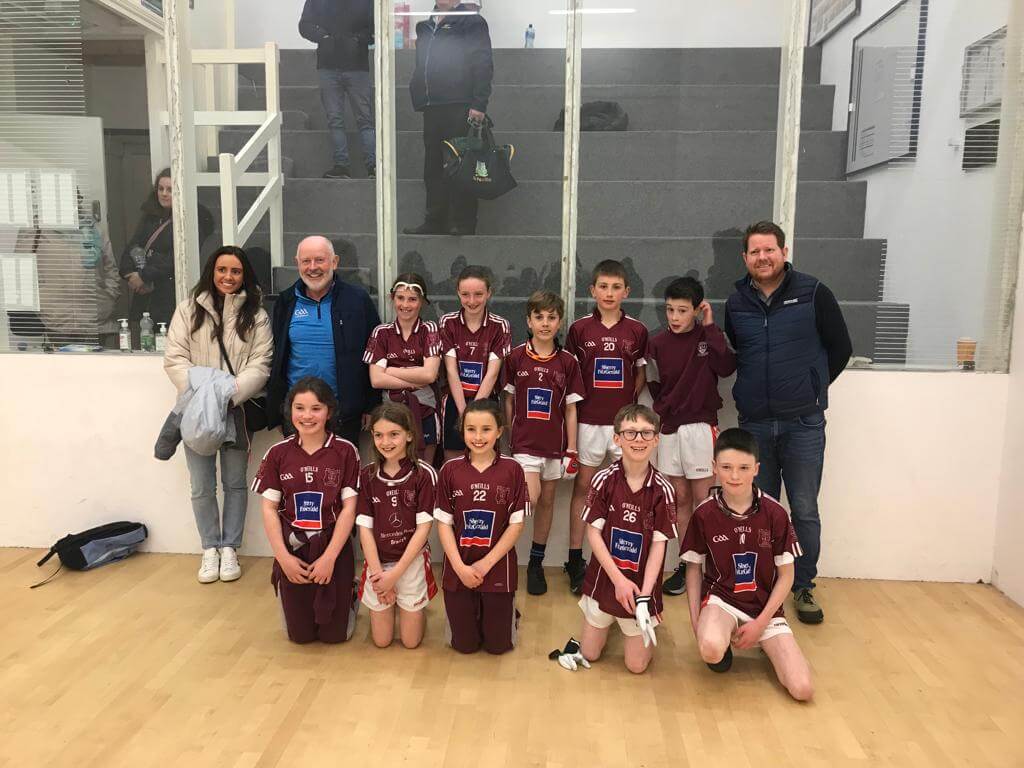 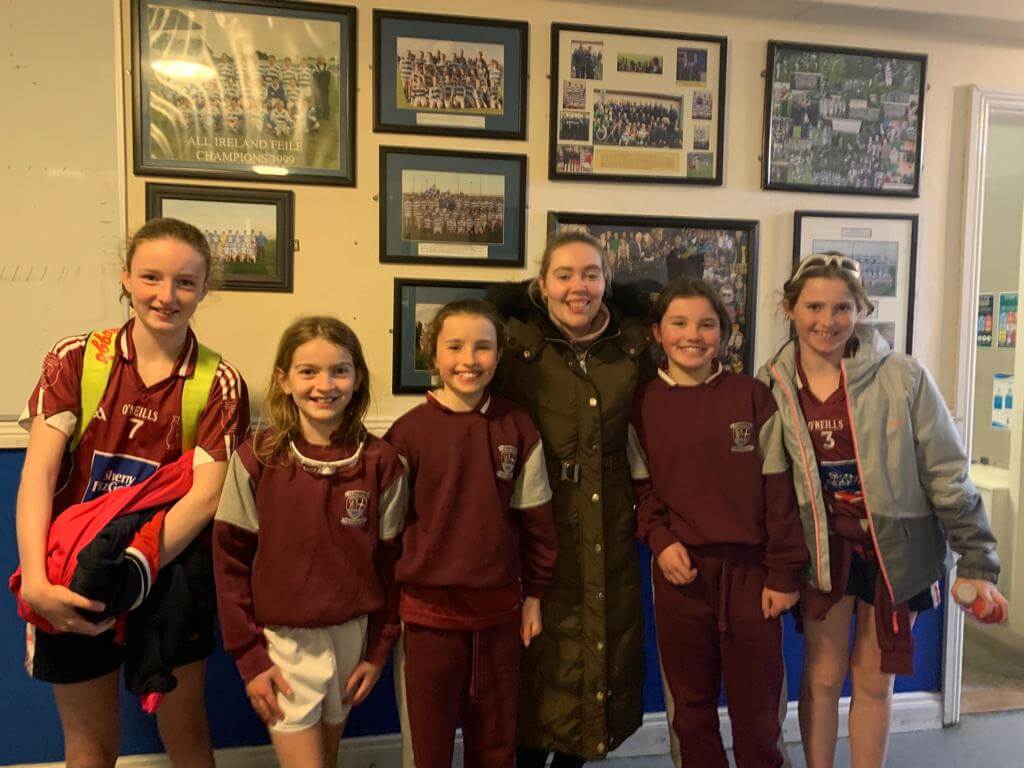 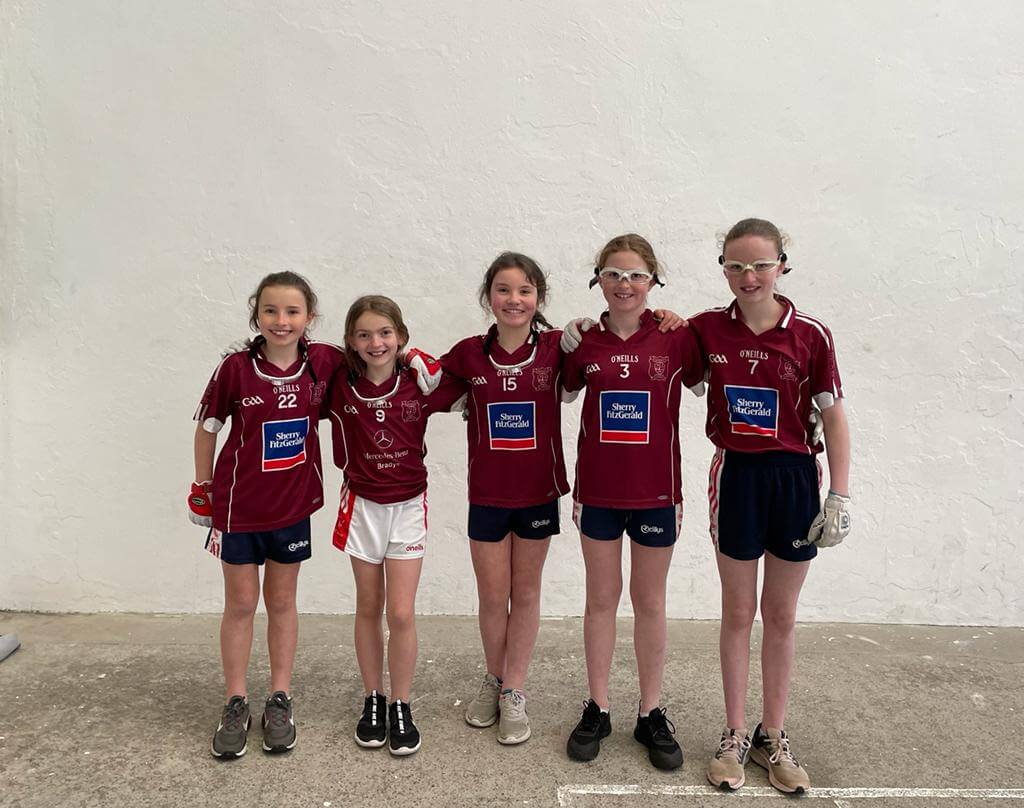 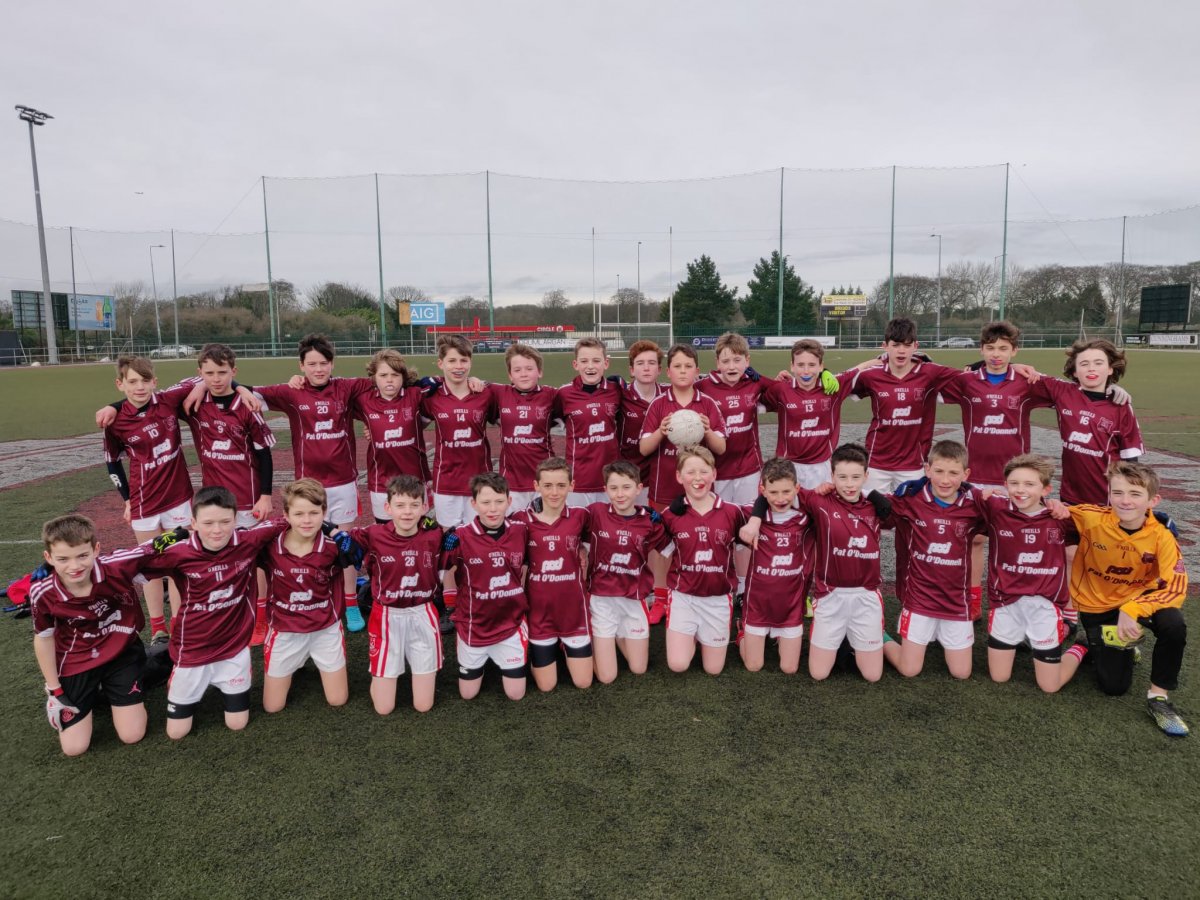 The boys Senior Football teams played their first game yesterday and to say everyone was delighted is an understatement. They were captained by Luke Doherty and won against a strong side from Scoil Colmcille. They can’t wait for their next match !

It is great to see the boys from 6th class out training after school as Mr. Lysaght and Mr. O’Loughlin prepare them for the Cumann na mBunscol 2021/22 season. We know the girls have also begun their training but we didn’t get a picture of them yet!

Mr. Lowery got the Fingal Marathon Kids programme  off to a great start this year!  The 6th class girls and boys began their programme on Monday. They are hoping to cover the same distance as a full marathon over the next two months. Look out for them running lapos on the Church Green every day ! 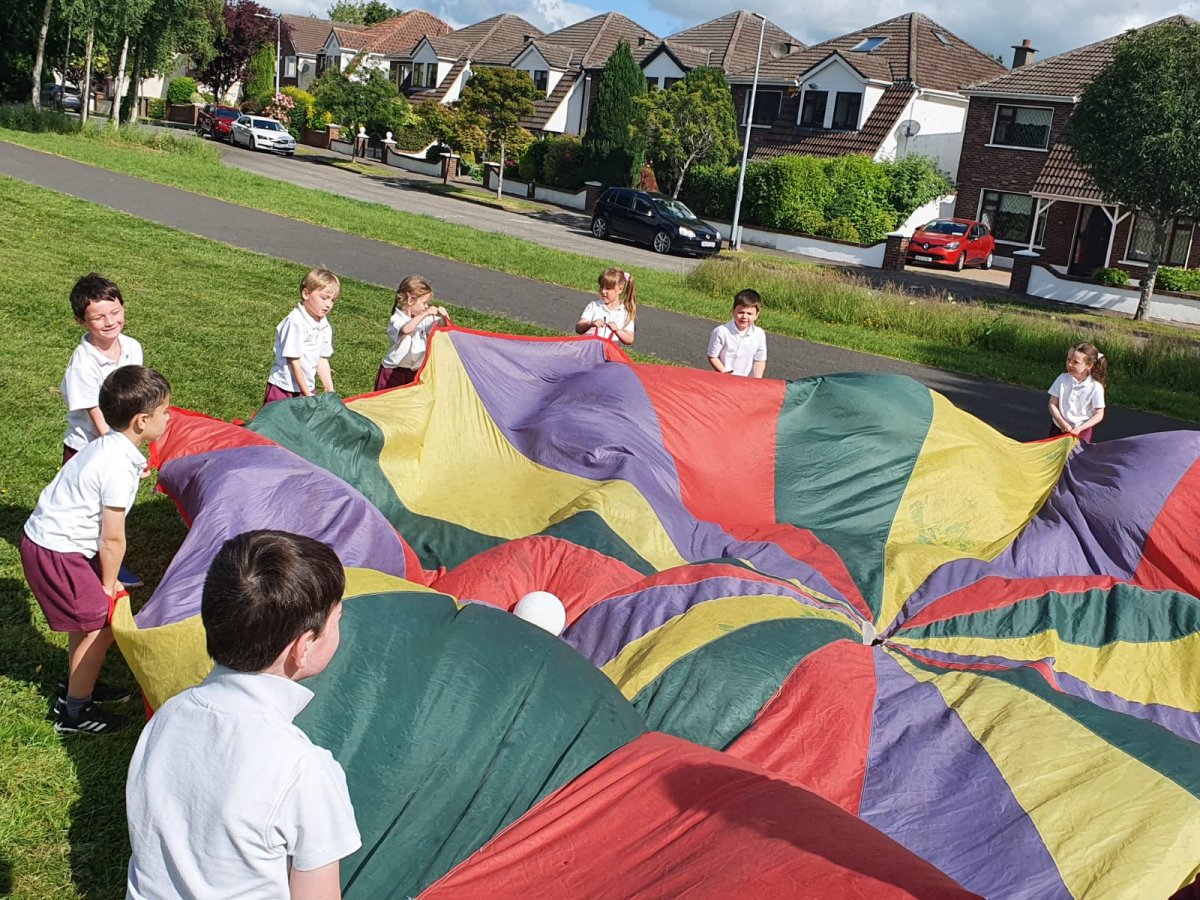 Sports day was a little different this year but everyone still had a great time! Here is a selection of photos from Junior Infants to 6th class. Well done to everyone! 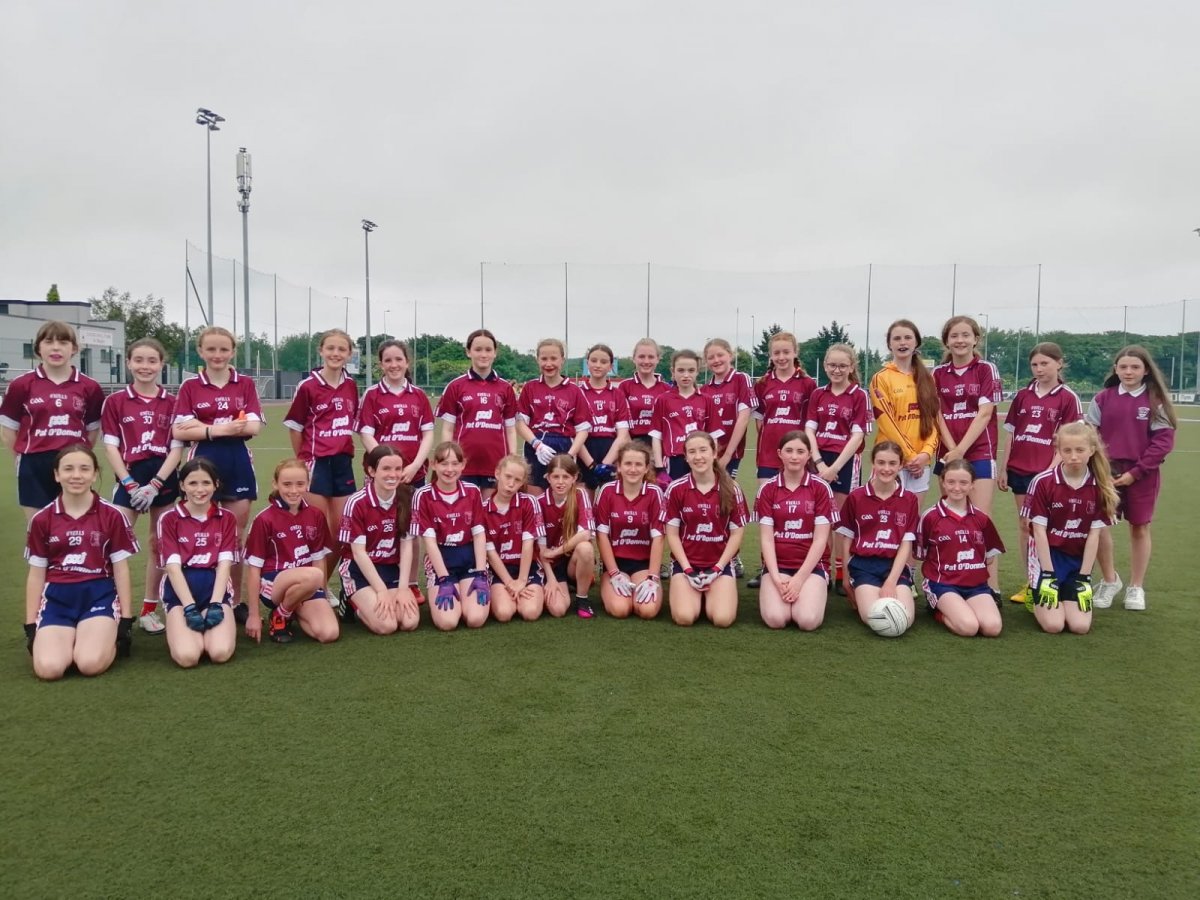 Our boys and girls GAA football teams were very excited to represent our school this evening in two matches in Russell Park against Scoil Oilibhéir. The 6th class children were excellent and had great fun too. They did our school proud! Well done all! 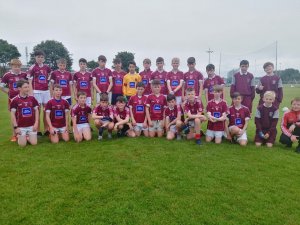 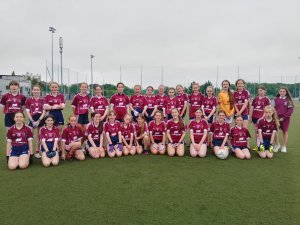 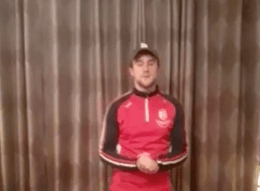 On October the 5th, 6th class started the Marathon Kids programme. Over the next 8 weeks the girls and boys will cover the entire distance of a marathon. Classes throughout the school are doing the daily mile on a each day also. This week the 6th classes hope to cover a distance of 2400m. We are looking forward to the challenge.

Week one completed on our marathon kids programme. 2400 metres under the belt.