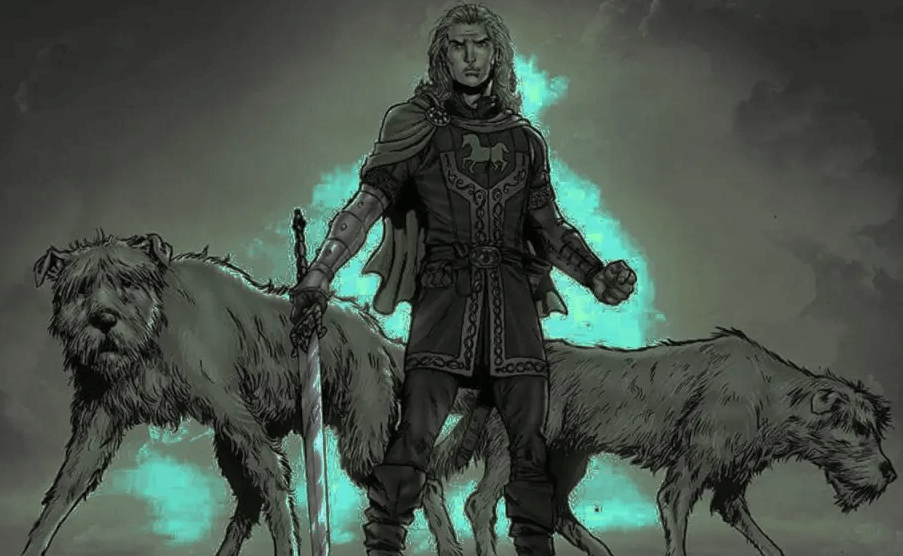 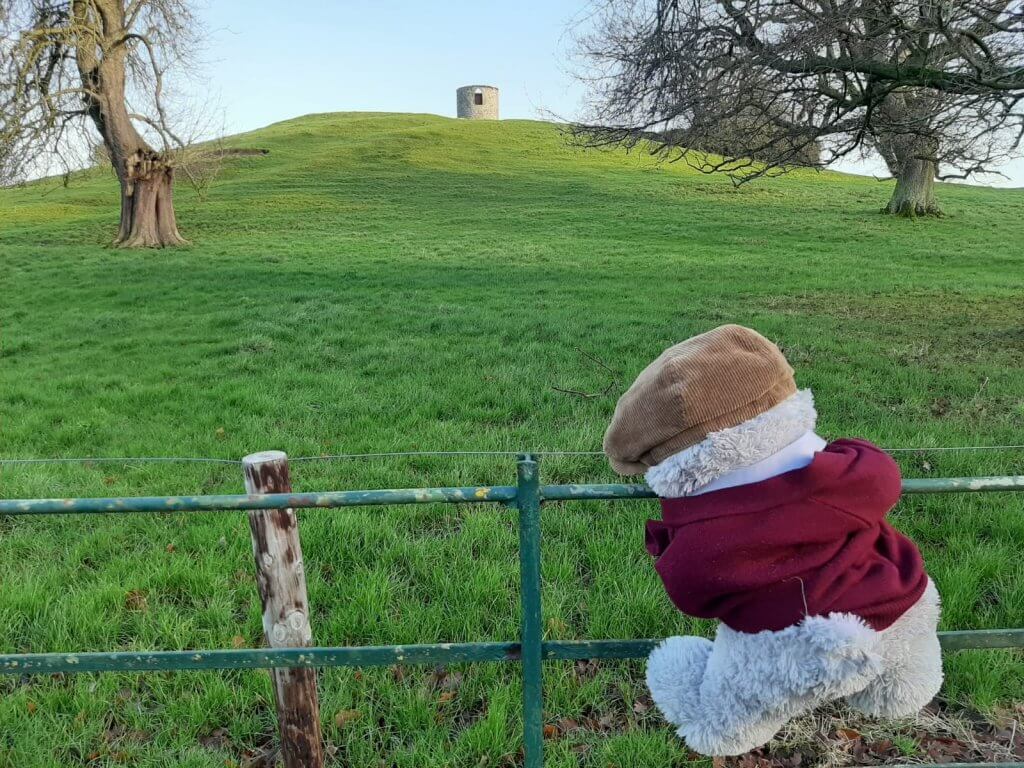 It was lovely and bright yesterday morning so I got up bright and early. The first thing I did was grab myself a hot chocolate in the Silver Spoon and then I took a stroll from the village up College Road where I found myself on the grounds of Castleknock College once again.

Last time I was here I spotted some sort of old building at the top of a hill that I wanted to learn more about.

I discovered that it is called Windmill Hill although I’m not sure many people call it that. It’s often referred to simply as The Hill.

The building that you can see in the picture is actually a water tower but it is believed that it operated as a windmill and an observatory at one stage.

Irish legend says that Cumhall, who was the father of Fionn MacCumhaill, is buried under the hill. Fionn was leader of the Fianna who were brave warriors. You may have heard of him from the story of The Salmon of Knowledge. 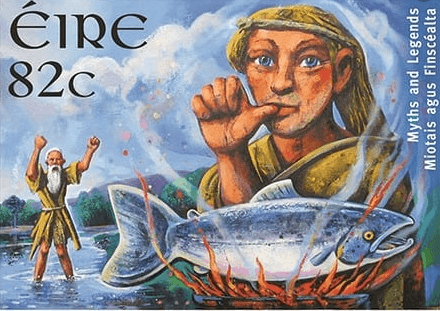 Nowadays it’s a popular place to go on a snowy day and is often used as part of training sessions for the students in the college.

There was electric fence all around it too so I think that cows from the nearby farm use it for grazing on.

See you tomorrow for more adventures .