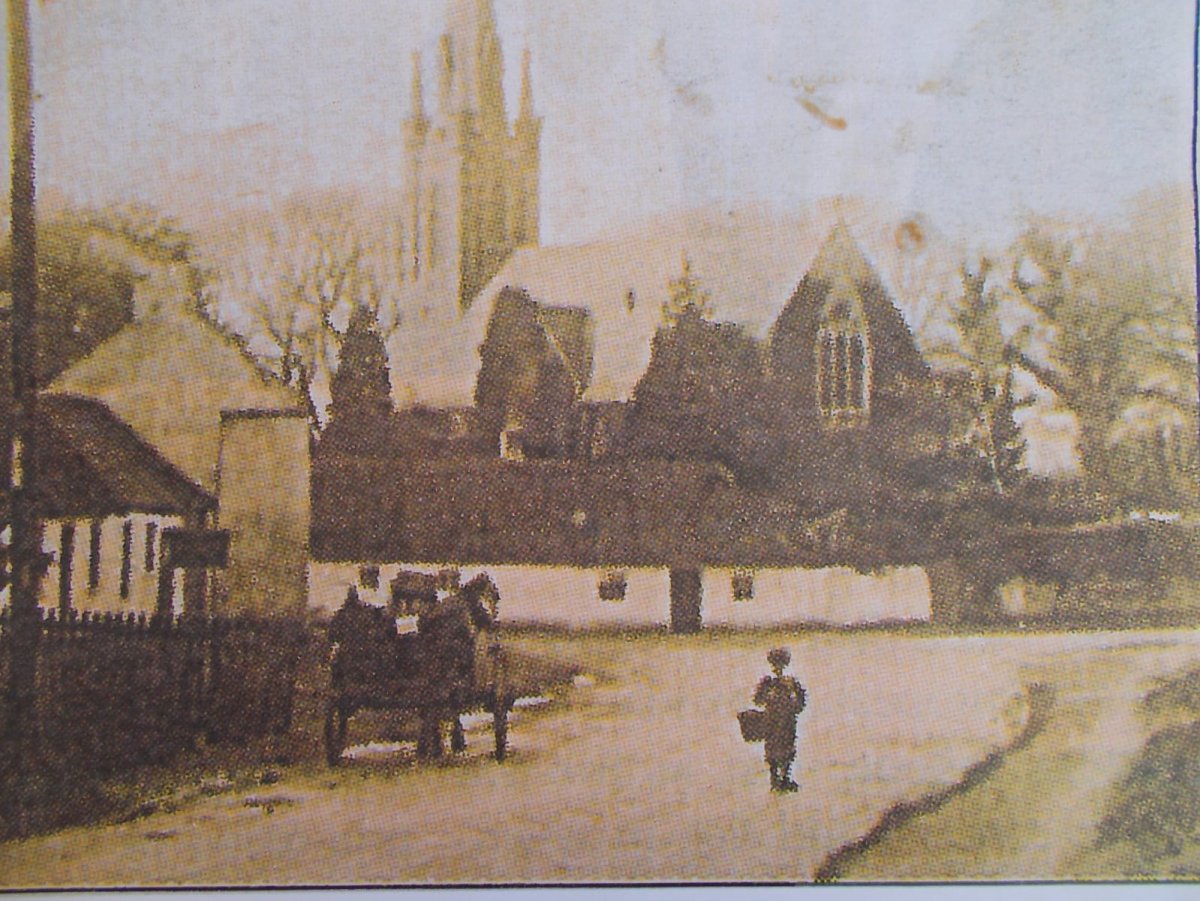 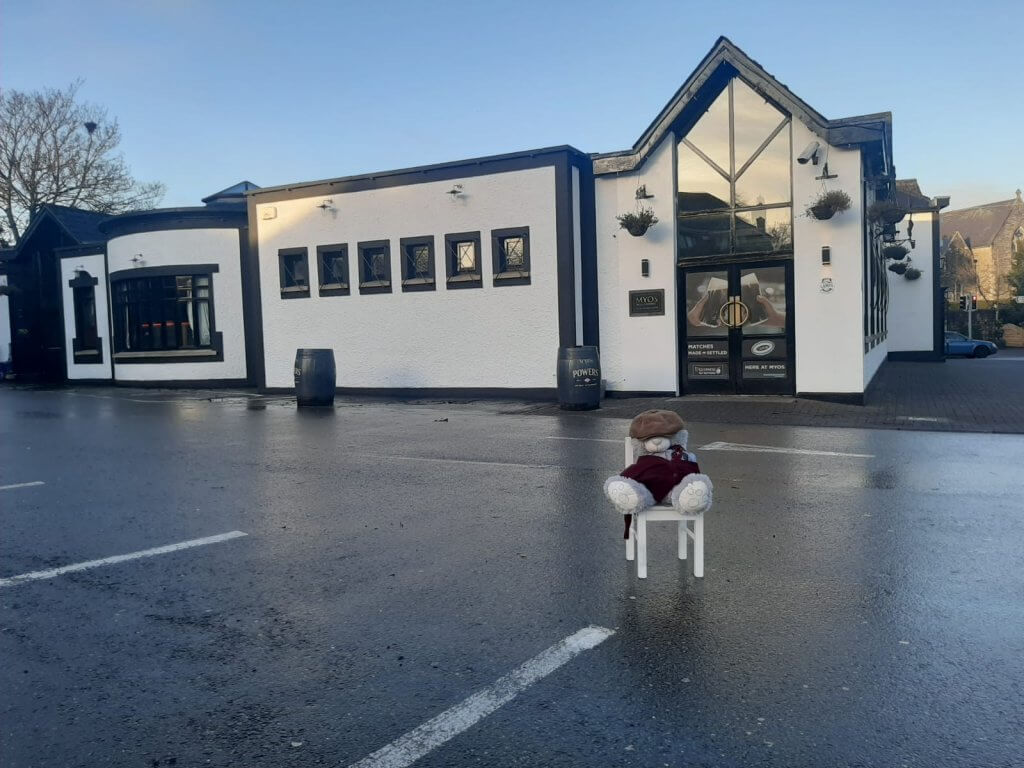 Can you see from my picture where I was today…………?

Yes, that is the carpark of Myos.

Myos has been in Castleknock for a long time but did you know that it wasn’t always called Myos? It used to look very different and was called McKenna’s.

At the time it was called McKenna’s there wasn’t much else in Castleknock other than the church I showed you yesterday, a few houses……and lots of fields!! The petrol Station, Spar, Castello Bruno – that was all fields!

Long ago, there was a huge livestock market in Smithfield which is between Castleknock and town (not too far away).

Before cattle (cows) were transported on trucks, men called Drovers used to walk the cattle into the market in Smithfield to sell them and then bring other cattle back out through Castleknock and onto farms in Meath, Kildare and further afield.

They would often stop in McKenna’s for a refreshing cup of tea and a couple of sandwiches before continuing on with their journey.

I’ve included a really old picture taken of Castleknock village around 120 years ago.

Send your answers to findteddy@saintbrigids.ie

Here is a lovely letter I received from my friend Anna . Wasn’t she kid to ask if I was all right after my windy day fall . Thank you Anna 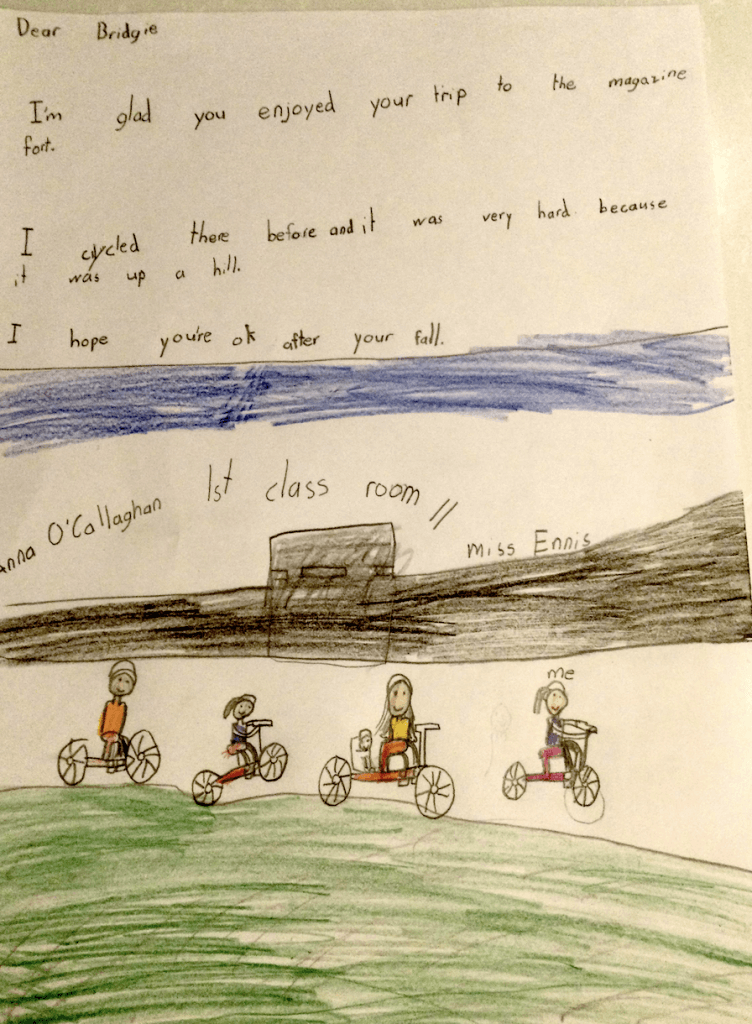