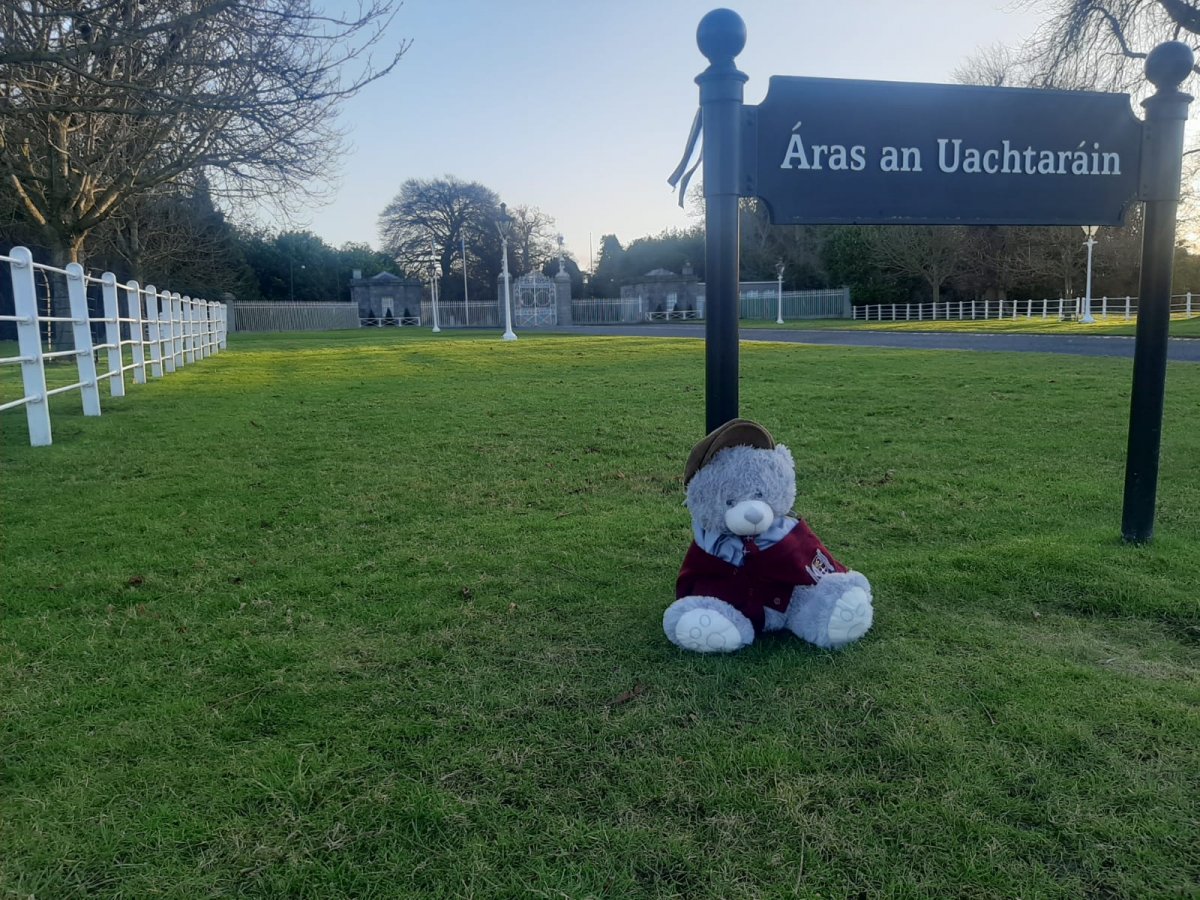 As I approached the gates to Aras an Uachtarain I noticed that the Garda protecting the gate was having a little snooze so I thought I’d try to sneak in and see if I could meet Michael D Higgins, our President.

All was going well until I heard the sound of the president’s dog running towards me at speed! He looked friendly but I wasn’t prepared to take any risks! Who knows what would have happened if he got hold of me!

So I scampered back through the gates and took a much needed rest against the Aras an Uachtarain sign as you can see in the picture. I found out later that the President’s dog is called Bród which means pride. I thought that was a great name seeing as we all have such pride in our local area. 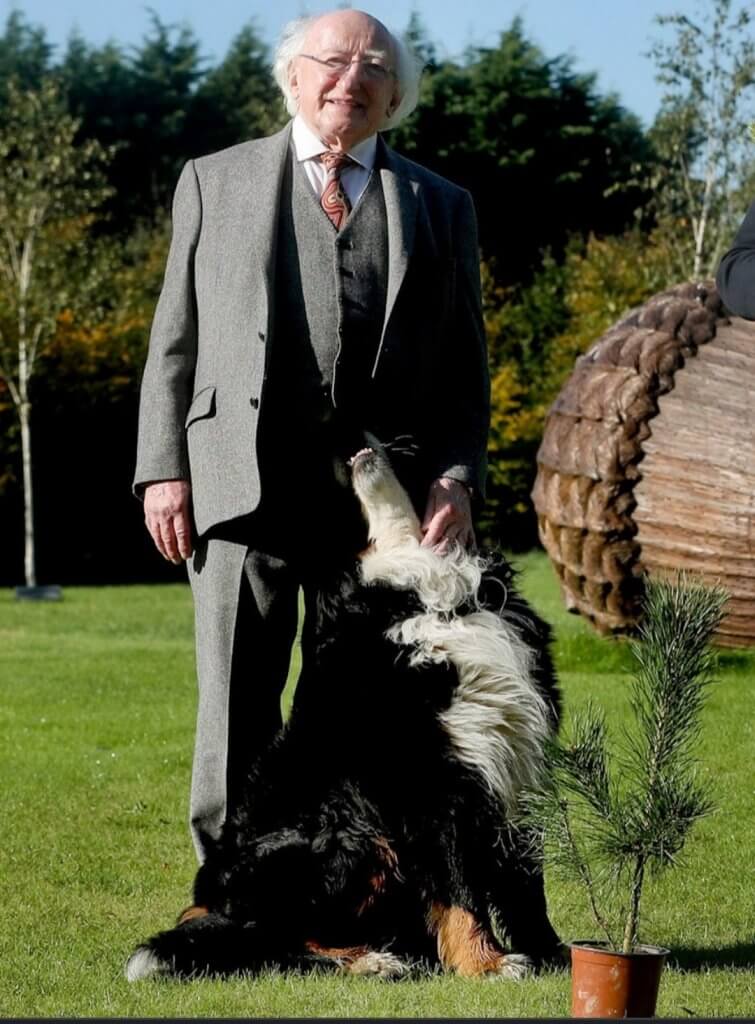 Have you ever met the President?

I have heard he is often seen out and about going for a walk. In fact someone once told me that they saw him in Spar once!

I’ll be taking a break for the mid-term so check the website next week for more updates on my adventures!!

Enjoy your couple of days off homeschooling everyone!